Our tiny island probably has a very healthy per capita when it comes to fine steakhouses. If truth be told, an irrational increase in price doesn't necessarily get you quality all the time. I can count the number of times we have had steak in a restaurant and left feeling disappointed. That said, when it comes to a celebratory meal with the family, we still default to steakhouses as the lure of a well-charred medium rare steak can't be beat.

The grand dame herself Raffles Hotel has finally re-opened to the the public after a substantial facelift and spots new restaurants with Butcher's Block being one of them. We decided to visit the said restaurant for my father-in-law's birthday. 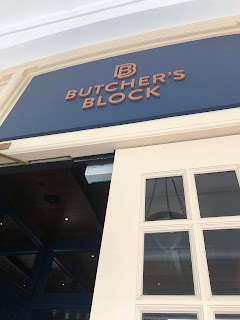 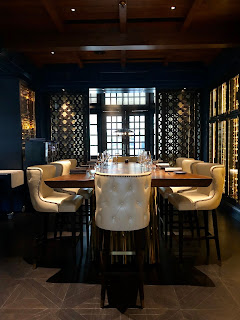 The interior - navy sleek, as opposed to black - seems to suggest 'We take our food very seriously but not to the extent, we take the fun out of fine dining.' Rightly so, as the service was warm and personable, remarkably understanding of our rambunctious boys. 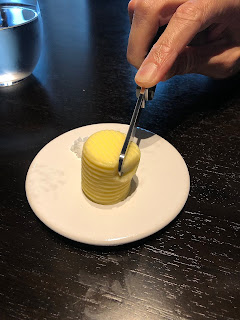 After our orders were taken, bread was served butler-style, along with butter and sea salt. Yes, I didn't take a picture of the bread tray as it would be have weird - trust me, I did consider for like, 3 seconds whether to take a picture. The bread selection was surprisingly modest (I think we have been spoilt by some really fancy bread selection) but made for a suitable canvas for the amazing butter and coarse sea salt. The boys knocked themselves out with too much bread and butter. 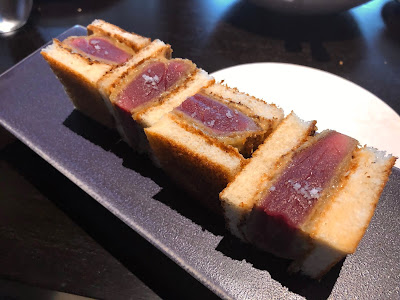 The three starters we had really shined. A must-order is the Japanese Club "Sando."  Iberico pork katsu sandwiched between buttered toast. An elevated steak sandwich? Maybe but it was really really good. 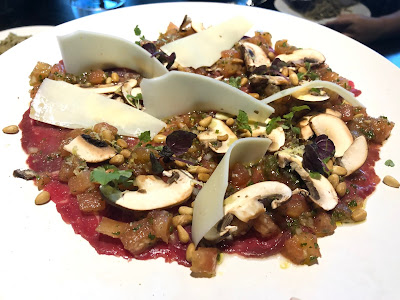 The carpaccio was a hearty protein mix of finely-sliced carpaccio, mushrooms, Comte cheese and pine nuts. Again, an elevated dish and a really good one. 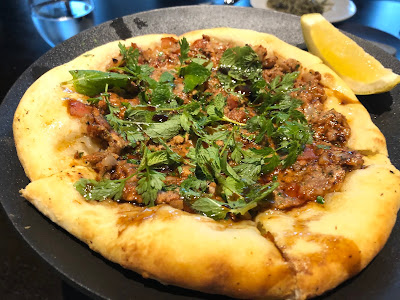 Our last starter was described as a "Lebanese pizza." Elevated pizza 2.0. Yummy, surprisingly moist and quite filling too. 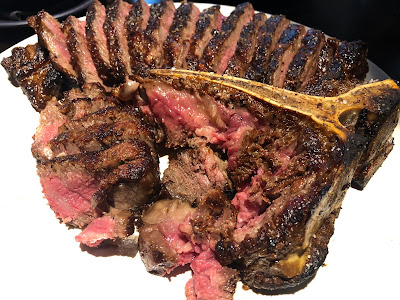 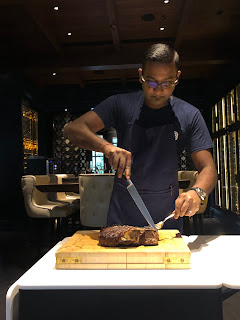 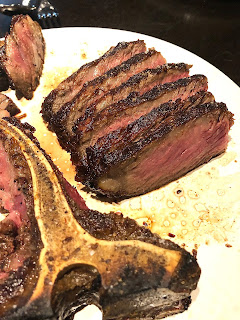 Butcher's Block prides itself on their fine cuts, which hang out at their Meat Vault till they are gloriously booked and cooked. We decided to go with the Rangers Valley WX Grain-fed MB7+ Porterhouse 1.2kg, which comfortably fed 4 adults. Hearty and gratifying, this is the reason why we turn to steakhouses again and again for celebrations.

PS I do love how they carved up the steak by our table. 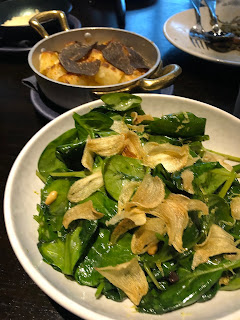 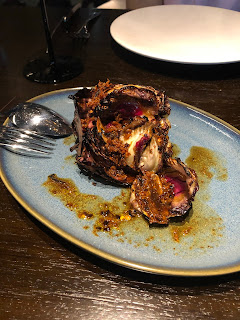 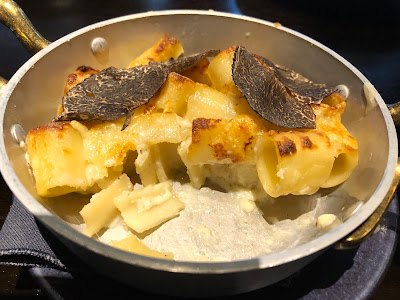 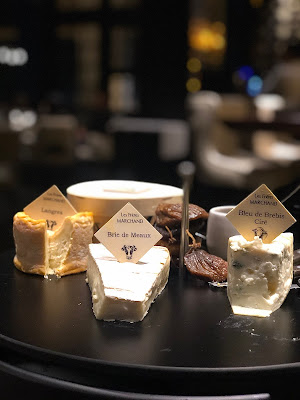 A few cheeses made their way in before desserts. The love for cheeses in our family in real, especially with 5 year old Lucas. 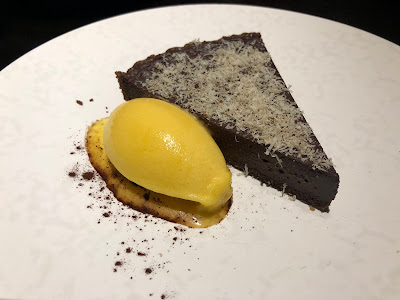 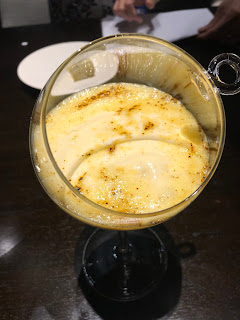 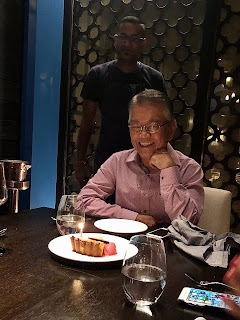 Our meal ended with a bevy of desserts - chocolate tart, not a creme brûlée and the standout pear tart. We were stuffed to the gills and more, but the crispy airy madelines were wiped out effortlessly. 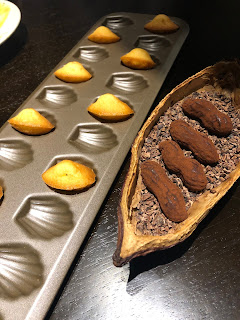 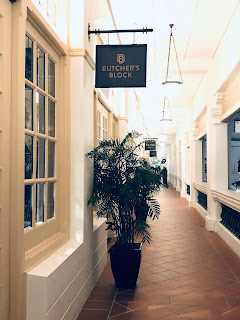 bisou yixiao at 11:35 AM
Labels: western